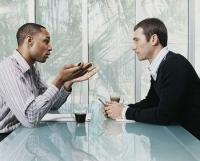 I’ll never forget being a young manager having learned to know-it-all, or defend-it-all, but not having truly “heard-them-all.”  So, who is the them?  And, why should we stop to hear what they say?

Them refers to a leader’s followers. Even though I don’t like the word “followers” because it suggests a lower-rung status for organizational team members, followers are team members, colleagues, stakeholders, and members of the organization.

Not only is dialogue not taught in business schools today, but there is little reverence to listen to the “other” no matter what his or her role is in the organization. How can we be humanistic without honoring the “lived experiences” of our team members by listening to them?

Amedeo Giorgi, Ph.D., is credited with distilling the modern phenomenological method to uncover phenomenon from learning to leading in a scientific manner. Once study participants understand the phenomenon of leader active listening, for example, they can help leaders and followers learn how to listen to others successfully. The structure, essentially, helps build the phenomenon.

As I’ve used this method in my research at Saybrook, I’ve kept thinking about how a core approach of the method is to honor the other and remain reverent to the phenomenon. Specifically, as a phenomenological researcher, I need to honor the written and oral descriptions of the speaker, or interviewee.

Now let’s snap back to working organizations: Why hasn’t phenomenological leadership hit the organizational development bull’s eye?  Has this almost 90-year-old philosophy—first introduced by Edmund Husserl in the early 1920s—distilled into other leadership work, like emotional intelligence and authentic leadership, or are these other fields simply leader-only focused with hints of phenomenology?

In my opinion, being a phenomenological leader requires a person to be reflective of his or her own lived experiences and allow for the same moment of reflection—without bias—in others. Though I am stretching the use of phenomenology for this illustrative point, it still proves relevant—leaders need to allow others to speak without biases by bracketing their own view and knowledge. When this practice happens, it’s only then that a leader can truly honor the other’s experience from their life-lens.

Phenomenology describes both what is given to consciousness and how it is given, according to Giorgi. The professional’s consciousness level can bring personal knowledge of communication conveyance style, feeling tone, content points, and maybe even other notable context information—all part of knowing gleaned only through reflective orientation. What does the organizational member see, feel, and do in response to any happening? We can’t know truly unless we ask in a particular way and note what we do hear. Has note-taking and reflective interviewing escaped our leaders or do they, really, just know-it-all?

Whether the phenomenon is successful team leading, collaborative learning, project management or even active listening, the leader has to implement a methodology that promotes knowing and note-telling; not yelling, not wishing, but knowing by being reverent to the other.

In 1994, Clark Moustakas wrote about the roots of the work phenomenon coming from the Greek phaenesthai meaning “to flare up, to show itself or appear.” If something “happens” to a follower, co-leader or co-worker, as a human being they see that “something” as a flare up; to the extent we understand from their perspective what is happening, we become more knowing leaders. We have to hold the space, however, for it to be phenomenal.

Whether this discussion on phenomenology ignites a bit of a spark for you or whether you fuse together what appears to be phenomenological-like methods to leading, please do something different than sell-and-tell your team-mates. After all, it is in the honoring of the other that we learn and realize more about ourselves and workplace cultures.

Who knows? Maybe you’ll take the advice I took a year ago from Amedeo Giorgi: Research  “the method” and “teach people the full method whenever you can” in practice in order to become a better leader who sets aside biases and past experiences and sees the others clearly. How else can we know another without such a phenomenological, inspirited style?

Though this piece is not meeting a true phenomenological teaching moment, it does help me feel engaged in turning others onto Husserl, Giorgi, and Moustakas. My leadership consciousness was truly elevated as I learned and engaged phenomenology in my formal research. Perhaps we’ll even see a more formal theory of phenomenological leadership appear in journals soon.

Read other posts by Dennis Rebelo