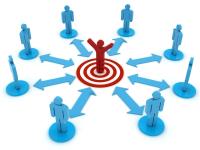 Writer Margaret Wheatley’s poem, “The True Professional,” isn’t entirely original and she lets everyone know this.

It’s a “found poem,” Wheatley explained on her website. All of the lines of “The True Professional” are phrases “found” in Parker J. Palmer’s book The Active Life.

After taking these lines, Wheatley “played with them and extended them beyond Parker’s original prose” as a tribute to the author for “the profound influence he’s had on my work.”

According to Palmer, a true professional, or leader, “is a person whose action points beyond his or herself to that underlying reality, that hidden wholeness, on which we all can rely.” Wheatley constructed her poem around this definition.

In my view, Wheatley’s poem provokes inquiry and critical reflection for all leaders.

In part one of this leadership challenge, I would like to focus on Wheatley’s call to “unveil the illusions.” Many of us might have been schooled and socialized to believe that true professionalism lies in our technical prowess—our ability to deliver results, to perform, to contribute to the bottom line—to make profit. Have we focused way too much and too long on the ends and given little attention to the means? Do we only define the means within the boundaries of leader-making—pushing, commmanding, controlling, manipulating and even coercing others to do things in order to produce results?

In their 2006 article Responsible Leadership in a Stakeholder Society: A Relational Perspective, Thomas Maak and Nicola M. Pless wrote, “In mainstream leadership theory, which explains leadership in the context of hierarchically structured firms, driven by profit and shareholder value maximization, the leader as the great man is expected to influence ‘followers to achieve group/organizational goals that reflect excellence defined as some kind of higher-level effectiveness.'”

The illusion Wheatley writes of appears to be the mainstream view of the true professional—a reactionary leader that responds and acts based on external provocation with botched actions that stagnate progress. These actions ignore an important truth Wheatley notes: “When we act, the world acts back.”

Why do leaders continue to grope in the dark attempting to satisfy and meet (or exceed) the expectations of higher-ups and shareholders instead of “operating from within,” as Wheatley and Palmer suggest?

Not acting “from a sense of who we are and what we want to do, but from our anxious reading of how others define us,” as Wheatley wrote, makes us reactionary and inhumane. Could this mean that leaders operating in this realm of leadership live an illusion? Could the persistence to live in this illusion be a reflection that some leaders are either not aware or have lost focus of something critically fundamental?

In his 1994 book A Higher Standard of Leadership: Lessons from the Life of Gandhi, Keshavan Nair cautioned that “we have come to accept that a lower moral standard is necessary to get things done in the real world of politics and business. This is the gospel of expediency – the double standard of conduct. It is fueled by the idea of winning at all costs: that results are the only things that count.”

Nair reminds us that, as a leader, Mahatma Gandhi was not governed by policies, but principles and values. Gandhi “asked us to reject not only physical violence, but violence to the spirit,” Nair wrote.

Could violence to the spirit be the reason why Wheatley speaks of the human heart needing to rest? Have our spirits been butchered and battered by violence in our families, workplaces, communities, and other settings so much so that we are in dire need of another way of being that will enable our hearts to rest? Could the illusions that mask themselves as reality be these violent acts to the spirit that drive the pursuit of professionalism and leadership—a drive that is all about pushing ourselves and others to perform, to deliver results, and to not pay attention to the means and methods used to attain goals?

Do we live in an illusion—a bubble of our own creation—that must be, as Wheatley wrote, “unveiled” so that we can get a glimpse of the real truth? Could this be the same truth Gandhi, as a leader, knew to be the path to attaining grace, purpose, and meaning in his life’s work be what today’s leaders need for a more humane way of being in leadership with self and the other? Could it all come down to basing our actions on values that can help create a space for the “human heart to rest,” as Wheatley wrote?

Nair explained, “Absolute values are necessary in every field, whether you are a student or teacher, parent or child, manager or employee, politician or constituent. Leaders, however, have the greatest responsibility. Without the compass of absolute values, what instrument do they have to guide others?”