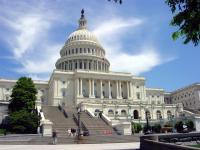 Recently one of my previous students sent me an email inviting me to write to my senators asking them to get on board with spending cuts. The email made the argument that just as individuals cannot continue to spend more than they bring in, neither can governments. She noted that she would “fire” all members of the U.S. Congress for their inability to adequately address the issue and pointed to the recent agreement to cut spending and raise the debt ceiling as totally inadequate.

While I don’t disagree with the need to address the deficit, what compelled me to “respond to all” regarding this inquiry was the simplicity of thinking that was present.  We have so many people in the US who think that there are simple solutions to complex problems. This is not a surprise, since our education system does next to nothing to teach systems thinking.

While I am sure there are still many places where spending can be cut, I find it appalling that many of the most affluent people in the U.S. continue to believe that the deficit can be curtailed without increasing revenues. I responded to this email noting my own embarrassment living in an affluent community and, as a result, caught up in having a mortgage that is far more than I can comfortably afford, which limits my ability to contribute to the good of the whole. When I walk around my neighborhood, I can’t help but notice that the people around me are not suffering from the economic downturn. Many of them have recently bought expensive, new vehicles priced above $50,000. Yet, my guess is that many of the same people would say they don’t want to pay more taxes.

Having recently returned from a visit to Albuquerque, I was inspired by a friend—another previous student who recently downsized her life. She and her partner sold their larger home, paid cash for the smaller one, and are preparing to devote more of their life to participating in their community and helping others less fortunate. My friend talked about how many people questioned why they would pay cash for their home, since they would end up paying more taxes. Her response was “We want to pay more taxes because we can afford to do so and we want to support a better life for all”

In my response to the email I received concerning the spending cuts, I noted that what we need is a common vision for the country and a plan as to how we will finance that vision. Somehow, we need to engage a conversation about the world we want to live in and that we want further generations to live in. Personally, I want my children and grandchildren to be assured a good education, healthcare, and employment opportunities. I want to see a safety net for the elderly and poor maintained. I don’t want to see more people slipping into poverty. Recent statistics showed that the number of children in poverty increased by nearly 20 percent in the last 10 years. Is this the America that our founding fathers imagined?

My response to the spending cuts message generated another response from a person with a more balanced perspective, who recognized the importance of addressing the deficit both through revenue generation and reduction of spending. She cited some historical numbers to make her case, which added an increased level of sophistication to this discussion. I commented that “the challenges before us are deeply systemic and require a new way of thinking and being as both local and global citizens.” I added that reducing expenses is important for all of us and for our government, which is going to be difficult as much needs to be redesigned and rebuilt—and that will take investment.

I agreed with her that the challenge before is to try to educate people as to the situation and engage citizens in our communities in conversations that speak to shared values and create a new vision for this country. We also need to elect politicians who are willing to draw upon shared values and reach across the aisle to engage in conversations that help us rethink what kind of country we want to live in and the role we will play in the world.

Shortly thereafter, this woman who offered a balanced perspective to the discussion, received an email from one of her friends whose perspective was similar to members of the Tea Party. This person blamed U.S. President Barack Obama for all the problems, questioned the need to pay any taxes, and the role of government in supporting education, healthcare, or any social services. This person’s perspective was that each person needs to take personal responsibility; that taxation was stealing from the rich and giving to the poor. She passed the email on to me and asked how I would respond.

Here are some questions I raised that I thought might help question the assumptions this person was holding:

Trying to shift from the blame game to understanding that we are engaged with some wicked, complex challenges is pretty tough and can best be done by raising questions. The radically different perspective held about the role of government—unless bridged through a shared vision—will keep us stuck in a downward spiral. We can see the economic effects of a lack of confidence in our government’s ability to find a way forward.

I hope that all of you will find a way into this conversation. I found this engagement with different perspectives exhilarating. What conversations can you engage in to help us bridge this wide divide on how we move forward in America?