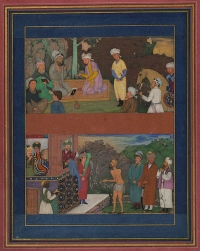 It’s as vital as a morning cup of coffee….It’s the lifeblood of relationships. And, studies say, it’s quickly becoming extinct where we need it most.

Empathy and philanthropy are becoming a thing of the past concludes a new study in the journal Current Directions in Psychological Science. The culprit? Class distinctions and monetary wealth.

It’s the “old rich versus poor” paradigm and it isn’t getting any better. In a slew of studies, Dacher Keltner and colleagues have empirically discovered that lower class people embody more empathy, exemplify greater pro-social behavior and personify added compassion—than their richer upper class counterparts. The research suggests that wealth causes a change in perception, making upper-class members more inclined to focus on goals centered in self interest; bypassing any sense of others.

Adding to the plethora of research on power, pro-social orientation, and empathic accuracy, a study entitled Social power facilitates the effect of prosocial orientation on empathic accuracy, Keltner and colleagues found support for a new and budding theme—increased power measured by social and financial position increases the probability that a person will act and decide in ways congruent with self-focused motivations, objectives and end-goals—away from empathic means.

It’s the American Dream gone wrong—and it should be an alarmingly wake up call to us all. The need for empathy among the powerful simply cannot be overstated. It’s a necessary ingredient of daily living and societal function.

From the therapy couch to families to Wall Street, empathy is the driving force keeping our world humane. If there is no empathy in the corridors of power, things might as well be run by machines.

In the Journal of Humanistic Psychology, Tobin Hart contributes heartily to the topic of relational and compassionate humanism in The Refinement of Empathy.

Describing empathy as the ability to “feel into” another’s world, Hart contends that empathy requires a person to be able to engage in two functions: an affective sensitivity towards other and self, and an ability to adapt the cognitive perspective and predicament of another. It’s all about listening, awareness and sensitivity of self and other in personal, social and professional encounters.  Hart asserts that various degrees of empathy exist depending on the profound depth of the individual person. Hart recommends the integration and development of the following empathic levels into modern life:

Egocentric Empathy: It’s a stage that represents developmental growth in empathy. It involves a person being able to cognitively distinguish between their experiences and another’s experiences—without any emotional distinction.

External Empathy: It’s a milestone in the developmental empathic process—it’s the quintessential therapeutic stance where the therapist feels and understands the experience of the other without taking it as his own.

Deep Empathy: It’s highly advanced and involves a transcendental process of inclusion into the life of others whereby unconditional positive regard and deep respect are manifested. All humanity is seen as interdependent.

“An empathic way of being with another person has several facets. It means entering the private perceptual world of the other and becoming thoroughly at home in it. It involves being sensitive, moment to moment, to the changing felt meanings which flow in this other person…” That was Carl Rogers’ description, and there’s surely no more important capacity for leadership than the ability to be sensitive to the needs of the led.

Given the increasing gap between rich and poor, between the powerful and the powerless, it may be that we are facing an “empathy gap” as well.  Preventing this may be one of the great challenges of the 21st century.