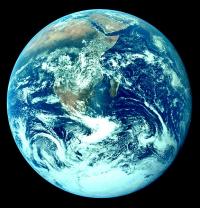 Leading thinkers in sustainability have known for some time now that a sustainable society can’t be based on continuous consumption.  The question was always:  how do we get there?

A recent column in the New York Times suggests that it’s happening on its own, without any help from us.

In “We’re Spent,” journalist David Leonhardt suggests that the drying up of credit and access to easy debt is functioning the same way as environmentalists have suggested that running out of natural resources eventually will.  It’s causing a system that is powered by a disposable consumer mentality to run down.

“The economic version of the law of gravity is reasserting itself,” he writes.  “We are feeling the deferred pain from 25 years of excess, as people try to rebuild their depleted savings … The old consumer economy is gone, and it’s not coming back.”

Could it be that easy?  Are economic realities going to do what decades of environmental awareness-raising and activism couldn’t?

Maybe up to a point.  But the trouble with Leonhardt’s vision is that it isn’t a vision at all.  He suggests steps (and good ones) that we could take to easy our transition into this new world, without suggesting what this new sustainable economy will actually be.  What will it be like?  What will people do there?  What will it have to offer them?

These aren’t incidental questions.  Until they’re answered – until people are offered a positive vision of what a sustainable economy looks like and what’s in it for them – many well-meaning people at all levels of society will drag their feet, or even put up a fight.  Until a meaningful outline of “how this will work” and “what my place in it will be” gets offered up, a great deal of human energy will be spent putting our back against the wall instead of building a new society.

But if Leonhardt’s essay isn’t sufficient, it does raise a compelling point for advocates of sustainability. Maybe we’re asking the wrong questions.  Maybe instead of spending so much energy trying to figure out how we get there, we need to start mapping just what “there” is.