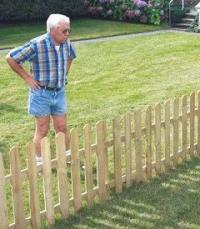 I have a problem with my neighbors and it’s bothering me more than I like to admit. I like having good neighbors and was raised to be a good neighbor, but there’s basic problem we can’t seem to resolve: They fear and hate dogs; my husband and I have two dogs.

Our problem may sound simple, but it’s a complex situation. So I decided to use complexity as a lens for exploring what’s going on. The idea to do so came to me while attending an online webinar recently.

My neighbors—a couple—are terrified of dogs. The man and the woman both share the same level of deathly fear toward all pooches.

Our trouble with the neighbors started one afternoon some weeks ago when our rescued, black Labrador Retriever ran up to one of them—the husband—and started barking fiercely. Our lab startled him. She had escaped from our yard earlier that day after I accidently left the garage door open when I went out to run a few errands.

That mistake never happened again, but it sparked our current predicament. So I wondered, could trauma have something to do with this?

Rescue dogs have a complexity of their own. Both our dogs are rescue dogs. Where they came from and who their parents were are mysteries to my husband and me. Before adopting them, we learned that one of our dogs had been thrown over a fence when he was five weeks old and nearly died. The other dog—our black lab—was on her way to the pound when we took her in.

The black lab is protective—too protective sometimes, especially when she gets scared. I can only guess her reactions are rooted in any trauma she experienced as a puppy. When she’s in our yard, she’s leashed, and we work with her to keep her calm. She doesn’t hurt people, but she does bark if she feels threatened. We have worked with her on our own and with a trainer. Maybe we need the Dog Whisperer or something?

What our black lab has in common with the neighbors is fear that’s generated from some kind of past trauma that gets triggered in the present. I don’t know my neighbors’ stories, but as I said, they’re both deathly afraid of dogs.

Trauma often gets reactivated in the present by an experience that reminds us of the initial traumatic experience. When this happens, our amygdala triggers and reacts by sending messages to the brainstem. The brainstem decides whether to freeze, fly, submit, or attack, and as our brain is processing the threatening experience, it limits our thinking, shutting down the prefrontal cortex that can help us accurately assess the threat level. These reactions are complex neurological responses that happen in seconds and without our conscious control.

After the accidental, runaway dog incident that happened a few weeks ago, we’ve made extra sure our dogs are behaving. We don’t let them out to hassle the neighbors, and we limit their barking with a bark collar—things we had already been doing.

Despite our efforts, the neighbors emailed me this week to say they’re afraid to leave their house. They also complained of recent, bad dog behavior. None of their concerns match the behavior I’ve seen in my dogs. I work at home and the dogs are usually right by my side, sleeping on the floor in my office. If they bark, I stop them. They never go out into the neighborhood without a leash.

I don’t want to go talk to my neighbors by myself. Their fears at this point seem irrational to me and my mistrust is too great. My husband and I fear that they’ve harmed other dogs, including one of ours, in the past in an effort to eliminate their perceived dog “problems,” which adds another layer of complexity to this human relationship. So I’m reluctant to go over and talk to them, which would be my preference for trying to resolve this situation. This complex interfamily system is fraught with fear and discord, it seems.

How to resolve this conflict? Two things I’m not going to do: (1) go to a lawyer, or (2) go to the police. That kind of action would bring way too many unintended consequences by involving punitive systems that are designed to deal with violence or litigation. Nor am I going to file a complaint because I think the neighbors are simply harassing us. I have to find some way to mediate our differences somehow. I’d really like to have a good relationship with my neighbors and will hold that vision in mind.

Sometimes in human affairs, things escalate and spiral out of control. My little microcosm is a fractal of bigger challenges that humans experience. Complexity interweaves elements of daily life seamlessly: the mind-mapping webinar, this blog and the technology and people who support it, rescue dogs, trauma and its aftereffects, systems for conflict resolution, peaceful residential neighborhoods, and the challenge of human relationships.