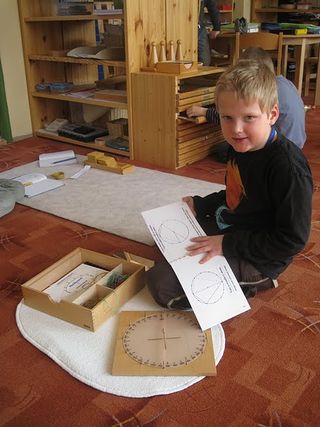 What’s that?  There was widespread cheating on standardized tests in the Atlanta school system?

It’s gotten to the point where you can reasonably expect:  if a school district or state doubles down on standardized testing, forces teachers and schools to be held accountable for student scores, and then announcing amazing gains, a major cheating scandal will follow like night and day.

Texas, Washington D.C., Atlanta … all of the “miracle”gains caused by overemphasis on standardized tests have been increases only in smoke and mirrors.

So our emphasis on high stakes testing isn’t actually increasing student learning … and it’s causing what one analyst called “management by fear” in school systems.  That can’t be good for teachers or principles.

It’s worse for students.  As the Triple-Pundit blog noted, standardized testing actually impedes students’ ability to engage in systems thinking … exactly the kind of creative problem solving most valuable in the 21st century.

What are we doing?  Why would we constantly push an educational practice that creates climates of fear, encourage cheating, hurts creative systems thinking, and doesn’t even improve performance?

Why do we do that?

In a recent column, David Brooks noted that the problem isn’t testing per see:  many of the schools that are doing best with at-risk kids have a heavy emphasis on accountability for outcomes.  But those schools have something else:  a mission to use education to produce better people.  That mission, that sense that education is good for something beyond the next test score, keeps these schools from letting high stakes testing warp their curriculum.

In essence, they treat education humanistically.  It’s valuable because of the transformation it creates in the student.  Test scores only have value to the extent they support that.

The testing regimen still needs to be improved:  low-stakes testing is a far better approach than high stakes testing, and standardized testing will always be a poor yardstick for measuring a meaningful education.

But more important than just fixing the system is putting a sense of mission back in education.  Education, said Yeats, is not filling a bucket but lighting a fire.  The more we treat students like passive receptacles of knowledge, the easier it will be for the whole education system to veer of course.  The more we treat students like human beings who can be passionately engaged by their education, the more the educational system will stay on point.