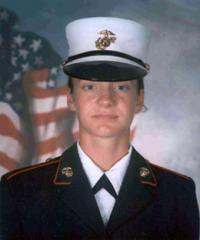 A segment on NPR’s Fresh Air caught my attention recently, bringing to mind organizational life and the complexities of the helping human systems process.

On the show, host Terry Gross interviewed Jessica Goodell, a U.S. Marine who served in Iraq with the Marine Mortuary Affairs Platoon in 2004.

As Goodell talked about her memoir, Shade It Black: Death and After in Iraq, giving several accounts of her experiences serving in the Marine Mortuary Affairs Platoon, I was deeply moved by what it took for her to be able to do the work she had volunteered to do.  Goodell explained that she “had to detach from the task at hand.”

The ambiguity of the word “detach” caught my attention.  As Goodell described the nature of the work she and her colleagues did, which involved collecting, sorting and processing the remains of fallen marines so that they could be sent to their families, I was mesmerized by her unwavering resilience in care and full service.

The term “detach” struck me because that is a term that I would normally associate with a somewhat negative connotation within the context of the helping human systems process. From that perspective, the word “detach” means no emotional engagement. Listening to Goodell, I realized that assumptions ingrained in my thinking contributed to the way I had initially perceived the term “detach” when I first heard it mentioned during this interview. So how does one stay emotionally detached and still be in care and full service in a helping human systems context?

It was evident that Goodell found it necessary to “detach” in order to be in care and in service. She was in care and full service even when she never “stopped smelling death” while she was in Iraq.  The complexity of her service in care included finding ways to navigate the macro, micro, occupational, and functional cultures that she was a part of. This involved dealing with the constant “smell of death” which included “burned human flesh” on her uniform and on her person. It involved feeling rejected by some of her colleagues who didn’t want to understand or accept death as a reality that she had to face every day given the nature of her work.  It involved self-alienating to protect herself from potential sexual harassment. It also involved constantly encountering gruesome images that many might find extremely disturbing to deal with on a daily basis. Through detachment, Goodell found a way to be in care and in full service for the eight months she served in Iraq.

Why did she continue doing this work? She was asked. Because, Goodell said, the work was important. It was important that the families of the fallen have the remains of their loved ones for the sake of closure. It was clear that it took a deep level of commitment on Goodell’s part to be able to do the work that she and her colleagues did every day, emotionally detaching from each case they encountered to be in care and full service.

It was humbling to hear Goodell explain how her views concerning her employer changed over the years. Goodell said she doesn’t understand how the military’s duty to “protect the public” can include not sharing the details or images of war.

I was deeply saddened to hear Goodell talk about some of the challenges, like the lack of mental health support, some veterans face once their service is complete. It bothers me that many of the courageous men and women who put their lives on the line end up re-enlisting as a coping mechanism—as a way of staying connected with kindred soldiers in a structured environment.

How can this selfless group of individuals, trained to bear the brunt of emotional detachment, return to a normal life feeling so unsupported? There should be systems in place that can help veterans re-embrace the lives they once knew when they return home.

I stand challenged to question my thinking whenever I find myself emotionally detaching from others. I seek to understand whether I detach so that I can be in genuine care and in full service or whether I do so for my own gain and at risk of alienating or dehumanizing others in the process.

It seems Goodell asked herself those same questions.