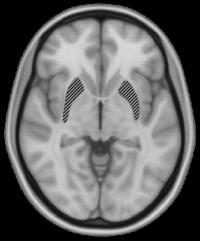 Where is your brain?

Well, of course it’s in your head.

Your mind is in the same place, right? Well, not so fast…

As a recent article in the New York Times asks, “Is it possible that, sometimes at least, some of the activity that enables us to be the thinking, knowing, agents that we are occurs outside the brain?”

The article isn’t claiming that your mind is a separate, immaterial, thing – but it does point out that according to the theory of “embodied cognition” or “the extended mind,” much of what makes up your mind actually happens outside your brain … in your body.

If this is true then the mind, unlike the brain is really not all about neuroscience..neuroimages…and neurologists…after all.  Perhaps that’s one of the reasons why, despite the recent neurological advances, science still has great difficulty describing consciousness and cognition—some of the most vital activities in daily living.

There’s new evidence for the idea of the extended mind, but it’s really not new.  A little journey down memory lane, finds many historical figures such as James, Heidegger, Bateson, and Merleau-Ponty having put this idea forward.  It’s not an abstract point, either:  where your mind is has real consequences for your daily life.

Dr. John Dylan Haynes and his colleagues at Humboldt University in Berlin hypothesize that brain activity alone as seen through diagnostic neuroimaging does not accurately portray a person’s level of consciousness. The brain, in and of itself, has a great deal of plasticity and processing power. And, yes, undeniably, mental processes and acts such as excitement, love, and sadness have neural correlates; thus the brain and nervous system are involved. But there is more to these “mental episodes” than simple neural activity—than the ever personified white amorphous brain pictures.

Take for example the friend or colleague who uses their hands when they talk. Or, the infant who cannot speak but gets their caregiver’s attention by moving their hands up and down. Could it be that these active gestures and body emotions play an integral part in thought processes – that of the comprehensive unity of the mind, body and world?

Or, better yet, how about our culture’s new found addiction to PDAs and social media devices. Many of us own one a Blackberry, Droid, iPhone or other device. We’re a nation and a world addicted to these little devices that beep at emails, Facebook friend requests, or reminders for business meetings. Could it be that these are part of our mind’s extended cognitive processes? That indeed these are part of our extended mind; an extension of our brain’s neural processes? Perhaps science needs to re-conceptualize our view of these external gadgets as similar to oxygen machines, pacemakers or other such devices that work with our bodies?

Research by Haynes and colleagues into “brain reading” is proving that consciousness, cognitions and feelings depend on many other processes, just the way speech, respiratory functions and vision do.  “Brain Reading” involves understanding someone’s cognitive states by way of multivariate recognition software and fMRI real time brain imaging tools with the hope of understanding the other factors involved in consciousness and cognition by way of first understanding neural activity.

Psychologists at UCLA and Rutgers have done similar research to that of Haynes. Stephen Hanson of Rutgers and Russell Poldrack of UCLA found that while mental states can often be predicted through fMRI imaging, a more inclusive approach to brain mapping is needed. Their monumental research discovered that specified localized areas of the brain are not responsible for particular mental functions; as previously thought. The brain does not have “static” patterns of functioning in specific areas, instead, mental functions and processes in the brain are part of different neural connections stretching across the brain to all different regions and areas.

It appears that we are much more than our brains. Yes, while these neural powerhouses play a part in emotion and cognition, research is finding that our minds play an even greater part. So, we must begin to understand “the mind”—by way of embodied cognition and the extended mind—and perhaps, most importantly, by looking at the effect of one’s embodiment in the external world.