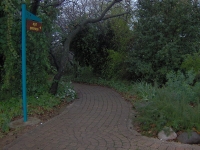 Meister Eckhardt, the 13th century mystic, once said “There is nothing so near God as silence.”  But he never had to deal with somebody text messaging in church.

Technology has not only improved our ability to communicate with one another:  it’s allowed us to communicate at all times, wherever we are.  The result, for many people, is a cacophony of personal connections that never stop.  We’re never out of touch.

Now, for the first time in human history, a whole generation is coming of age having never had to be away from their friends;  for whom the very idea of being “alone” is alien.

A recent essay in the Boston Globe’s Sunday Magazine put the issue in stark terms.  The “never off” nature of communications technology “is dulling our very capacity to ever be alone, or alone in our thoughts … we’re seeing this capacity weakened, whether we’re in public places known for contemplation, like churches and libraries, or whether we’re just sitting by ourselves at home, losing the fight to resist answering our BlackBerries (just ask our new president) or checking our laptops for Facebook updates.”

Writer Neil Swidley says there is now a gripping terror of being alone among many people who have never had the experience of solitude, and wouldn’t know what to do with it if they did.  “This is particularly true among young people,” he writes, “mainly because they don’t know life when it wasn’t like this.”

Is that true?  Saybrook psychology faculty Eugene Taylor says yes – up to a point.

“It does demonstrate the differences from one era to another,” he says.  “When I was younger, we were more introspective then our peers as the early generation into meditation and altered states of consciousness.”  The ability to look within, he maintains, “is a measure of one’s level of self realization.”  If you’re never alone, you can’t know yourself.

Still, does a loss of introspection among a sizeable portion of the population represent a profound shift in the human experience?  Does it really matter?

Saybrook psychology faculty Kirk Schneider says it very well might.  Schneider is finishing a book on the experience of “awe,” and says he’s found that solitude is often a condition … even a necessary one … of humanity’s highest experiences.

“In my view, solitude directly relates to the cultivation, or lack thereof, of awe,” Schneider said.  “Solitude may, in fact, be a prerequisite in some way for the experience of awe – one of the most profound experiences in life.”

Part of the problem with the way technology has kept people connected, Schneider says, may be that it has caused them to associate solitude, and quietude, with loneliness – and thereby to fear a state that is, in fact, a profoundly important part of an open psyche.

“Solitude can be isolating but it is not generally alienating,” Schneider writes in his upcoming book, Awakening to Awe:  Personal Stories of Profound Transformation (Lanham, MD:  Jason Aronson). “To the contrary, it is frequently renewing, deepening, and strengthening …  In this era of cell phones and instant messaging, solitude can clear a space for what really matters in one’s life and for how to pursue what really matters.”

The ability to stay in constant chatter with our social support network may then, paradoxically, end up cutting us off from ourselves, while the ability to be alone may be essential to healthy friendships.

“One can see the foundational value of solitude for virtually any relationship, be that with oneself, others, or the world about one,” Schneider wrote.  “To the degree that one can stay present to and coexist with oneself one is in a much improved position to stay present to and coexist with all that surrounds one—such as creation’s transience, mystery, surprise, vastness, intricacy, poignancy, and in short, awe.”

“There is the idea in existential-humanistic and transpersonal psychology of the two births — the one when you come out of the womb and the other when you awaken to the reality of an interior life,” he says.  “Some commit themselves to a life long journey of interior exploration in service of spiritual self-realization. Others go back out and never go back in again.”

Still, Taylor cautions against thinking of solitude in easy, clichéd, terms.  First and foremost, interiority can take a variety of forms, some of which are still popular, and not all of which officially sanctioned.

“It’s also true that twenty five year olds who smoke pot spend lots of time within,” Taylor notes. “The (Globe article) did not mention that!”

Further, as anyone who’s engaged in deep introspection knows, solitude is not always easy:  it can be as much of a dangerous process as it is a healing one.

“The danger is that we run the risk of being inundated by contents of the collective reservoir, or captured by the demonic when we go inward,” Taylor warns.  “But Jung said that the risk must be taken if spiritual growth is going to take place.”