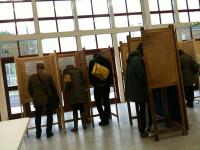 There is genuine delight on the growing voice of democracy in the Middle East, as we view the struggle to give birth to institutions that support and sustain social fairness and representation.

At home, our democratic institutions are showing signs of wear, as people are frustrated by the inability to drive any sort of consistent policy in a climate of blame and recrimination that produces a stalemate.  This is a good time to look at what are the preconditions in the citizens that enable democratic institutions to grow and thrive.

Along with the rights of voice and choice, we need to look at the concurrent obligations and responsibilities that lie in a democratic citizen. Most people act like participation in a democracy is a passive activity, casting of a vote, often without much thought, reflection and consideration. It is also largely a solitary act, epitomized by the isolation of the ballot box. Yet democratic participation must be an active and engaged responsibility.

For example, at minimum we need to take the time to get informed about issues. Added to that, we might also participate in discussions where the various issues at stake are debated and explored by small groups. In California what started out as a great civic virtue—the ability to place matters directly into propositions on the ballot—has deteriorated into a media circus where well-funded campaigns write measures that are one-sided and argue misleadingly about what the measures mean.

One of the bases of citizenship is to use your voice to speak up about public matters, so that the loudest and most passionate voices do not get mistaken for the majority. When we read that a majority support an issue, but we hear the loudest voices from the minority we are diminished.

But the real framework of democracy is not the ability to case a ballot for one of maybe several people every year, but rather the ability to allow the public into the process of framing policy and carrying it out. The responsibility of a democracy is for every citizen to be part of some area of policy or social action beyond their own personal interest. If there is a part of your local community that moves you—whether the appearance of public spaces, waste disposal, homeless people, or the vitality of local commerce—there is some area where your voice can be joined to your action. Democracy is an active process where people are involved.

If you are not really connected to a local community, there is some way that you can become involved in professional policies, where you use the knowledge and skills you gain from work to make a difference. Democracy is public engagement, and every citizen has to be part of it, or the few begin to erode these values.

But the final area of democratic citizenship is the taking of responsibility for outcomes.  Too often, citizens are frustrated by the direction things go, and become passive and blame other forces for outcomes. They feel that if they themselves have a moral stance, then they are fine and nothing more needs to be done. The sense of accountability for the outcomes of democracy is a tough issue—because in a world with billions of people, the sense of individual voice is hard to find. But the issue of accountability by every individual is the deepest core of sustaining a democratic state, and when we see people who are willing to put their lives at stake for this principle, we see that we need to reconsider our own relationship to accountability for what is being done in our name.