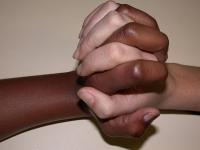 This is the 150th anniversary of the U.S. Civil War’s beginning – and recent political events brought this painfully to my awareness.

As Donald Trump celebrated forcing the president of the United States show his birth certificate, I read a blog by Goldie Taylor titled “Why Obama shouldn’t have had to show his papers,” which looked at the historical implications of Trump’s demand for President Obama’s birth certificate and a different historical context of “the birther” movement arose for me.

The complexity that is within individuals is not to be underestimated. Cultural heritage and history is a huge part of us – and often the conveniences of the moment blind us to the way history is repeating itself

That it happens in politics unfortunately doesn’t surprise us—but it does surprise us when we realize that well-meaning people cause it to repeat in their diversity-loving organizations, too.  And yet that happens all the time.

As the director of the diversity program for a large publishing company, one of the greatest honors I achieved was an invitation from the African American employee committee to help them create the celebration of African American History Month one year.

My job was to open doors, remove barriers, make sure the budget was allocated to support the events and publications involved. If I saw a problem in the making that no one else noticed, I would bring it up, but mostly I enjoyed supporting the group’s enthusiasm and inspiration from the sidelines.

A small subcommittee of the group created a bulletin board that depicted the history of the Civil Rights Movement right outside the cafeteria. They opened their family heritage to their co-workers, offering their personal archives of photos, newspaper and magazine clippings.  The journey toward freedom their families took, led by Dr. Martin Luther King, Jr. and other civil rights leaders was shown in a place where people lingered and remembered as they perused the bulletin board outside the cafeteria on their way to and from lunch.

After the board had been up a couple of days, I got a call from one of the committee members saying they had to take it down. The Vice President of Marketing wanted to showcase a marketing campaign for corporate visitors who were coming the next week, and the space outside the cafeteria was prime real estate – so he was taking it. I went into action to see if I could prevent this, and called the President. He was amenable to leaving the board up, but he wanted to talk with his Marketing VP before making a decision.

I went down to talk with the committee person who was in charge of the board, and to my dismay, she was already taking all the pictures down. “Bernice, I will take it down, of course I will,” she said.

I protested, “But I talked the President and…”

“It’s down already,” she told me. “That’s the way things are. “Some things you just can’t fight.”

To the company executives, this decision was just an effective use of resources:  but to the employees involved, this was a historical pattern repeating itself over and over again.  Part of history’s maddening complexity is that the people with the most power to address open wounds are the least aware of them.  This is in part an honest ignorance – but it’s also more convenient to those in power not to know.

Our ability to discern differences as human beings can work against us. Identifying an other and rejecting them leads away from understanding and toward conflict and polarization. Valuing, inviting, and including difference takes a deliberate openness that needs to be cultivated at every opportunity.

Inviting multiple perspectives can help us become aware of conveniently invisible history, and unless our organizations welcome learning about the cultural and historic streams that live within the people we work with, we will often be blind to the pain of the defeats and the resilience that overcame them, and also blind to depths of wisdom, knowledge, and the value of the perspective that may be so different from our own.

The death of Osama bin Laden is overshadowing the demand for President Obama’s birth certificate at present. But for me the insistent and disrespectful demand highlighted the need to value a historical perspective that is different from my own, but part of me and of us. Collectively, I hope that we can to strengthen our resolve to honor different heritages and to do our best to uproot distorted views. The complexity of a human being is a remarkable thing, and the way we interact and interconnect in our relationships and organizations needs to discover the complexity as well as celebrate it.