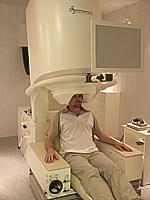 Monday morning, president Barrack Obama called for a moment of silence to remember the tragic events that happened over the weekend in Tucson, Arizona.

Jared Lee Loughner, twenty-two, has been charged and is facing two counts of first degree murder, one count of attempted assassination of a member of Congress and two other counts of attempted murder—and prosecutors say that this is only the beginning.

The question burning at the heart of this ordeal remains: ahat motivates such an individual to commit such an abhorrent and repugnant act?

Jared Lee Loughner has been described by classmates and teachers as “odd, eccentric, paranoid, and delusional.” Is he indeed a cold-blooded murder? Or, is he simply a very disturbed, mentally ill young boy who our mental health system has failed to treat? The evidence suggests Mr. Loughner is one of many who has “slipped through the cracks” and in turn has acted out because of his mental disturbance.

Loughner has a long history of psychiatric and psychological issues. At his local community college he was summoned by campus police for behavior violations more than five times. Due to inappropriate internet videos and police sanctions he was later suspended by the college – requiring contact with a mental health professional to assess if he posed a threat to himself or the community – before returning to campus.  In 2008 Loughner was denied admittance to the Army based on a failed drug test.

Tragically, the school and media report that Loughner never sought help at a mental health facility. Nor was any state agency or mental health facility assigned his case to ensure he got the help that he urgently needed. Most horrendous, Loughner passed a quick federal background check and was able to purchase the gun that was used in the  violent attack – without red flags about his mental status.

And, hold on … the scariest part … in most states, unless you have been civilly committed to a public mental health institution, one can get a gun permit.

Harry Shearer captured the crisis of mental health care in the United States well when he wrote in the Huffington Post:

“So we closed down the mental hospitals. And we neglected to set up community mental health clinics. This moment is, of course, perhaps the worst possible moment to remind ourselves of our unfulfilled pledge to the mentally ill, that promise that warehousing [mental hospitals] would be replaced by accessible, community-based care.…the least we can do is acknowledge, amid all the fun finger-pointing, that we all, Dems and Reps, libs and cons, have failed the mentally disturbed among us.”

Now is the time to rally, picket and demand that the government, insurance companies and mental health facilities be granted more funding and more resources to ensure the safety of communities, of families … and of mentally unstable individuals.

Where have our community mental health clinics gone? Why are we not mandating treatment for individuals such as Loughner? It seems with an ever shrinking federal and state budget, these facilities are the first to have their doors shut, the first to have budgets slashed-, and tragically our nation is becoming more insecure as a result.