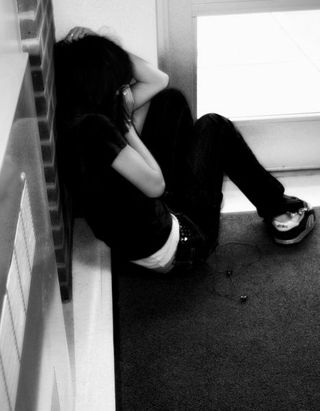 When you’re having a lousy day and someone asks “How are you?” … what do you do?

If you’re like most people, you lie.  You decide that the truth won’t go over well and push down your negative emotions.

But just because it’s common doesn’t mean there aren’t consequences.  What does publicly denying our unhappiness do to our well being, and what effect does it have on others?

Researchers from the University of California Berkeley, Stanford University, and Syracuse University recently answered those questions in a study called “Misery Has More Company Than People Think: Underestimating the Prevalence of Others’ Negative Emotions”

In other words, we’ve got to stop doing this.  Sure, sometimes it’s not appropriate to say “I’m miserable, actually” – but when we put on a happy face, people believe us, and it causes problems.

Hanging out with friends and hearing that everyone is doing just fine may make people believe that others are doing better than they are. After all, isn’t that what it’s supposed to do?  Believing it is referred to as “emotional pluralistic ignorance” – the tendency to believe that people are as happy as they appear in public.

This has an effect on our own well being.  Believing that others are happier than they really are sets up an unrealistic standard (imagine if the Joneses won the lottery), and that standard makes us feel lonely, ruminative, depressed and less satisfied. Add to this the fact that hiding how we really feel often makes us feel even worse, and we’re bringing about a whole new level of personal pain.

James Bugental defined loneliness as “…the feeling of having to confront being with only one’s own awareness to illuminate existence.”  When it comes to thinking you’re the only unhappy person at a table … and that you can’t talk about it … that about sums it up.

Existential-Humanistic psychology has a concept called a part of/a part from. This speaks to a person’s ability to be separate from others while still being connected. Believing that no one else feels sad or struggles with day to day life pulls us apart from those who surround us. But underneath all of that we are all actually connected.  Even if people feel that they are alone in our “misery” they are not.  They’re all experiencing its affects together.

Ever think about the song “Put on a Happy Face”? It seems that we as society have taken that to heart. There’s one lyric that sticks out for me,

And if you’re feeling cross and bitterish

Think of banana split and licorice

Optimism is one thing but burying personal pain and loss can have detrimental effects on not only us but others as well. It’s obvious that people don’t feel safe enough to be open in society, and that’s too bad. It’s worse when there’s a price that many people pay in order to fit in with the crowd.

There’s another quote by Bugental that captures this, “Each of us is like a person who pays blackmail to keep a feared reality from becoming manifest. So paying, we maintain a semblance of peace at increasingly heavy costs to our resources.”

Putting on happy face may cost not only our own well being but the well being of those we care for. It can be a relief to know that your best friend has spent nights crying, or your co-worker is just as stressed out at work. This can create a link between people that doesn’t necessarily create more sadness and grief but does create an important connection that can serve to help us be more content with who we are at any given moment in our lives – through sadness and happiness.