Recently, Time Magazine compiled a list of the twenty-five most powerful and influenential women of the century. And, to no surprise, Mother Teresa ranks in at the top.

A Roman Catholic nun, known for her symbolic simple white garb with blue stripes, Mother Teresa brought the values of human dignity and intrinsic worth to one of the most impoverished places on earth, working with the sick and the dying.  Teresa, named at birth Agnes Gonxha Bojaxhiu, undoubtedly revolutionized a world by her humble example and unselfish love to the dying, the sick, and abandoned in Calcutta, India.

As I read about Mother Teresa, I was reminded of another Nobel Peace Prize nominee, one who brought the values of human dignity and intrinsic worth to the psyche, bringing the idea of self-determination and presence into the both the therapists office and everyday life. 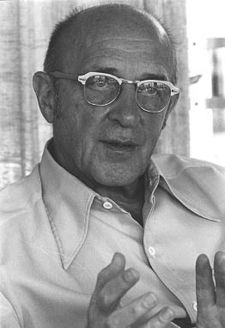 We are nearing what would have been the 108th birthday of Carl Rogers, and he deserves to be celebrated as much as Mother Teresa – and for many of the same reasons.

Rogers, a true revolutionary and pioneer, looked at human nature through the lens of hope, promise, and positivism. Rogers was nominated for the Nobel Peace Prize (an award Mother Teresa won) in 1987 for his work in South Africa and Ireland in conflict resolution. His scholarly work, nearly as influential as that of Sigmund Freud, introduced the concept of research to the world of psychotherapy and brought the revolutionary person-centered approach to psychology, education, organizations and communities.

Roger’s believed in affirming a person’s basic worth; without judgment, doing so in the form of unconditional positive regard. Perhaps nothing describes Roger’s and his theoretical work more than his renowned book, Client-centered Therapy: Its Current Practice, Implications and Theory. In this piece, Rogers describes the nineteen core tenets of his theory regarding the human person, their worth and the therapeutic environment.

Some of the nineteen tenets include:

1) The understanding that behavior is basically the goal directed attempt of the organism or person attempting to satisfy its needs as experienced, in the field of its perceptions.

2)  The organism or person reacts to the field as it is experienced and perceived. This perceptual field is, for the individual, “reality.”

3) The organism reacts as an organized whole to this phenomenal field.

4) The organism has one basic tendency and striving – to actualize, maintain and enhance the experiencing organism. Rather than viewing the individual (organism) as controlled by ‘a mass of drives’ like his predecessors, Rogers considered all strivings to be different facets of the one tendency

5) The best vantage point for understanding behavior is from the internal frame of reference of the individual himself.

6) As a result of interaction with the environment, the structure of the self is formed – an organized and consistent conceptual pattern of perceptions and relationships of the “I” or the “me,” inclusive of the attached values.

Rogers is credited with writing sixteen books and many articles, all with a humanistic and phenomenological orientation. His work was and continues to be revolutionary long after his death.

Rogers, much like Mother Teresa, valued the human being in a non-judgmental way. Rogers’ work went beyond the surface, to a place where the individual, or organism as he often wrote, was much greater than a psychological pathology or personality deficit. Both Mother Teresa and Carl Rogers were true leaders and pioneers of humanistic service to people of all races, creeds, and socioeconomic statuses.

Carl Rogers and Mother Teresa saw the innate human potential and worth in each person. Through Rogers’ writings his legacy lives on encouraging clinicians and educators to look beyond the surface to a place where freedom and positive regard can unleash the human potential and actualizing tendency in a student or client. And, through the shelters, hospitals, and homes for the dying, Mother Teresa’s humanistic example of love continues to thrive.

Both humanists – both revolutionaries.