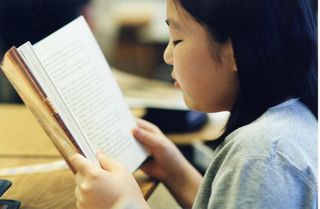 Many youth make it through high school with a shelf full of trophies and awards. There’s not much that would make the average parent more proud of their child than to see their names listed on the honor roll at school or to be valedictorian.

For some youth – especially some minorities – being a shiny success in academics leads to many lonely days.

Thomas Fuller-Rowell, a developmental psychologist from the University of Michigan along with Stacey Doan of Boston University conducted a study that analyzed 13,000 students from nearly 100 schools.The research team controlled for the diversity of the students, the differences in family structure, socioeconomic status, achievement levels in school, school safety, size and the type (e.g. charted, public or private).

Students in grades 7th through 12th were asked if they strongly agreed or disagreed that they felt accepted by their peers; how often other student were unfriendly to them and disliked them and how often they felt lonely.

The results for white, white Hispanic, and Asian students were more positive. The higher their grades the more socially accepted they were. Of course this study did not get into issues all too present in most high schools…popularity. The researchers were looking at students individual feelings of being liked in general not the ever elusive pursuit of popularity.

No this isn’t about popularity it’s about acceptance and success.

The analysis did not shed light on the reasons for the differences but it did show that the relationship between a student ethnic/racial background, their community and their peers has an impact on their academic success. Feeling accepted by your peers, especially if they share your ethic/racial identity is related to their success.

Yes – work still needs to continue in providing effective and relevant academic programs that will empower African American youth to continue on the path of education and future success. The work that needs to continue must come from multiple areas of our society; and of course within communities.

What has been shown here is that not only do African American students have to deal with issues of racism and stereotyping from the external world, they have to deal with the same issues from their peers. This double hit makes has an impact on African American students who continue to achieve while in school. To add fuel to the fire, as they succeed, they leave behind those who were literally left behind in the system — hence the loneliness.

How do we counteract this and ease the hearts and minds of these students? There are ways to counter this dim outcome. Academic scholar Cornell West puts it this way:  parent, grandparents and caregivers are the first line of education for children, and they the love and emotional support in order to prosper. Having that level of support from home will help self-love to grow within and shine a light on a successful future.  Research is showing that there is still work to be done.