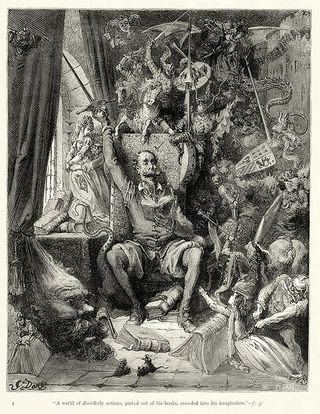 Do you suddenly find yourself thinking about that argument you had last night or dreaming about leaving your job to live in Belize?

We think of daydreaming as a pleasant pastime, but research suggests that letting your mind wander may actually be a downer.  According to Harvard researchers Matthew Killingsworth and Daniel Gilbert, bringing your mind back to the present moment will make you happier.

Killingsworth and Gilbert’s research method was novel:  they reached out to participants via a digital application that was accessible online at www.trackyourhappiness.org and an Iphone app, getting about 5,000 research subjects involved. Participants ranged in age from 18 to 88 years and represented diverse income and occupational backgrounds. About 70 percent of the participants were Americans.

The project was simple but revealing. At random times during the day the app would chime in and ask three questions:

On average no less than 30% of that time spent daydreaming was during 21 of the 22 activities. (The 22nd activity was making love, where for obvious reasons people’s minds didn’t wander.  Or at least that’s what they reported.)

People reported being happy while exercising, making love, or engaging in conversation. In contrast people reported being the least happy when they were working, resting, or using their computers. Tie those last three together and you conclude that people are most unhappy while they are resting after a hard day of work in front of the computer, which is a good portion of the working population.

Killingsworth and Gilbert have touched on a subject that has been a part of the spiritual and philosophical way of life for millennia. As Science magazine noted, “Many philosophical and religious traditions teach that happiness is to be found by living in the moment, and practitioners are trained to resist mind wandering and to ‘be here now’ … These traditions suggest that a wandering mind is an unhappy mind.”

The Buddha’s instructions were clear: “Do not dwell in the past, do not dream of the future, concentrate the mind on the present moment.”

So really, this is another case of modern research telling us something we’ve known to be true for thousands of years – and is clearly spelled out in some of humanity’s most significant texts.  Was this research really necessary?

Yes it was, for the same reason that we know washing hands is a good idea and still have to remind people to do it all the time.  We live in a world of digital “spaces” and “hyper-reality” where it’s easier than ever to be someplace you’re not, and not be where you are.  Forgetting to be present is a constant temptation, and having a research report to back up traditional human wisdom can spread the word to a whole new audience.

Whether it’s an ancient spiritual tradition or cutting-edge research that helps you be here now, the benefit of being present can help us create a better life.