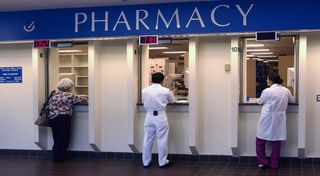 How badly does the U.S. need to revamp its health care system?  This badly:  according to a recent report by the Commonwealth Fund, the United States was second to last in providing health care for its communities.

The report titled Mirror, Mirror On the Wall: How the Performance of the U.S. Health Care System Compares Internationally compared the health care systems of the United States and six other countries – Australia, Canada, Germany, the Netherlands, New Zealand and the U.K.

The rating system looked at five key areas of care, Quality, Access, Efficiency, Equity, Healthy lives. The U.S. health system ranked last in all but one area of the report; that was in the area of Quality. We were only slightly above Canada in this area.

The U.S. certainly spends money on health care:  but spending may not be the answer.

A research study recently published in the New England Journal of Medicine found that spending on prescription drugs does not always lead to better health.

Yuting Zhang of the University of Pittsburg Graduate School of Public Health reviewed prescription and treatment data for Medicare patients.

The study focused on two areas of the country where spending on pharmaceutical drugs was highest. Zhang initially questioned whether or not the drugs prescribed in these regions were necessary and/or appropriate. The study was not able to show that higher spending was justified, but it did show that spending more money on drug prescription did not lead to healthier outcomes.

Granted the study was a bit limited: the researchers focused on just two areas of the country and on Medicare beneficiaries rather than the general population. Even so, there is real data showing that the U.S. spends billions on prescription meds ($234.1 billion in 2008 alone) with no real sign of increased health.

Of course for many people, their medications are their lifeline. But the majority of the drugs that were prescribed in 2008 were medical conditions that have been shown to be responsive to non-drug treatment approaches. These include asthma medicines for children, central nervous system stimulants for adolescents (treating ADHD for example), antidepressants for middle-aged adults and cholesterol lowering drugs for older Americans.

What do these statistics say about healthcare in the United States?

It seems that medicine has become a pill oriented venture – and it’s not working.  Some pills help some people get better some of the time, but the only thing our increased reliance (and spending) on drugs is doing is proving that more pills won’t lead to better health.

It’s time to reconsider how we approach health in this country. One step could be to focus on our use of prescription medications.

Could alternative treatments have helped the elders in Zhang’s study without prescription drugs? A recent study reported on ScienceDaily, Tai Chi Relieves Arthritis Pain, Improves Reach, Balance, Well-Being, Study Suggests showed that participants in a Tai Chi program showed improvement in movement and flexibility and a decrease in pain. Imagine if those who currently take meds for arthritis could successfully transition to Tai Chi. There would be an increase in health and a decrease in the economic bottom line.

This is not just a hopeful dream. The use of Tai Chi for treatment of arthritis is part of the shift from the current medical model to a model based on Mind Body Medicine. More and more physicians and researchers are realizing the deep connection between the mind and body is essential to overall health. We could begin by taking steps to increase research and the use of non-drug related treatments, reducing our health care costs and as shown by the Tai Chi report, increasing health.

…and maybe then the U.S. may be able to reverse the trends that were highlighted in the Commonwealth Fund report and Zhang’s research.