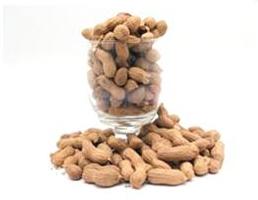 What do parents pass on to their children?  Maybe peanut allergies – maybe more.

Peanut allergies in children have tripled over the last three years – some three million Americans are now said to have this allergy, which was unheard of 50 years ago.  Millions more children and adults are said to have egg and milk allergies.  If these trends continue, such allergies will be a widespread epidemic.

Right now the best explanations, emerging from research at the Mt. Sinai School of Medicine, suggest a potential link involving a mother’s eating habits and the development of food sensitivities beginning in pre-natal development.  The research is proving how a pregnant woman’s eating habits can affect an unborn child’s antibodies and immune system response. It’s possible that a mother can transmit an allergy she doesn’t have to her children.

The most recent study, released by Jaffe Food Allergy Institute at Mt. Sinai, speaks to a potential relationship between eating high risk foods during pregnancy and the development of food allergies in young children. While the study shows a possible causal relationship, more research is needed to conclusively link food sensitivities to pre-natal development. Results from the study have been published in the Journal for Allergy and Clinical Immunology.

Seeking to further gather and understand research on the development of food allergies is indispensible to the lives of millions that suffer. Cause and effect relationships, such as this, are of increasingly greater interest in the medical community. But these aren’t the only cause and effect relationships between parents and children worth studying.  In fact, psychologists have been asking similar questions – about what parents can pass down to children without even knowing it – for decades.

What’s the psychological equivalent of a peanut allergy?  What are we “emotionally transferring” to our children by way of their environment?

Murray Bowen, a renowned family therapist, has a few ideas. Bowen believes that family life forms the basis for emotional development; with lasting effects into adulthood. Bowenian therapy takes a systematic approach to family development; stressing the interface of individuality and togetherness. Bowen believes that children are shaped and formed based on the example of the adult family members that are raising them.

Bowen’s work has been centrally posited around core concepts including: differentiation of self, triangles, multigenerational emotional process and sibling position. Each of these Bowenian concepts is rooted in the idea that people are product of their environment; thus children are molded by the example of adults.

Differentiation of self, Bowen’s most widespread concept, involves autonomy and a person’s ability to separate their feelings from other people. This involves a great deal of flexibility and balance between thinking and feeling. Bowen stressed this concept in the context of family life; emphasizing children’s adaptive learning based on the parent’s example. Triangles, an all too common phenomenon, speak to relationships of three or more people. The “lifeblood” of triangles in families is anxiety and emotional closeness. Multigenerational emotional processes, involves the “emotional baggage” and emotional forces that are handed down through generations of family life. Bowen stressed, that lack of differentiation in one’s family of origin by way of the multigenerational emotional process, produces emotionally reactive children; manifested by emotional over- involvement or emotional cutoff. Lastly, sibling position, speaks to personality development being a function of birth order.

Through these concepts, Bowen stressed how adults—usually mom and dad– pass things onto there children by way of modeling, projection, relating and family communication. Through differentiation, triangulation, generational transmission processes, and birth order—children are “catching” a lot from mom and dad.

More research, in both biological and psychological science, can offer a better understanding – and maybe a helpful guide to parents. Who knows?  It may be possible – even likely – that the two intersect.